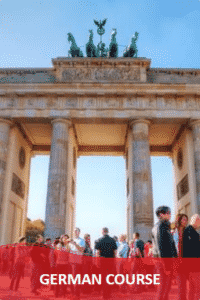 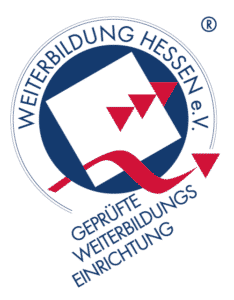 Frankfurt is one of the new international metropoli, you may already have noticed that you can get away with the English language, both in your private and working life in the metropolitan jungle even if your knowledge of the German language is inexistent. This could be sufficient for the first six months in Germany, however it could become an obstacle for further integration in this new country of residence. In order to get to know the German culture, its diversity, its traditions and its sense of humor, learning German is a necessity, you will be surprised how interesting it can be to finally understand the structures and senses of this language.

Where can I find an accomodation?

While attending the course it may be useful to be surrounded by german speaking people and culture also during your free time. In order to offer you this amazing and enhancing experience we have a lot of nice german families available. They usually offer single as well as double rooms, further agreements as breakfast and lunch need to be discussed from case to case.
All families are located between 1 and max 10 km from our school and the connections with public transport. As we are central, the journey is pretty much direct, lasting max 20 minutes.

What to do during your free Time?

We offer free cultural activities every second Wednesday and last Friday of the month for all our german students: a nice opportunity to meet other students outside the classrooms.
You can visit for free, along with one of our german teachers, the most important historical sites of Frankfurt City such as the Dom, Paul´s church, the historical city center, the University site and our fantastic river or important commercial sites such as the Financial Hub of the European Central Bank, newspaper production industry.
On the other hand we also propose other Visits like Goethe house or some museums where the entrance is unfortunately not free.
Last but not least once a month we organise a going out night to get to know Frankfurt by night: in a tipical pub where you can taste the typical “Grüne Sauce“ or “Hand Käse mit Musik“, all combined with the most famous “Apfelwine“.

I need to apply for a Visa

In order to apply for a Visa you need to register for the course.
Once you have sent us a copy of your passport as well as the enrollment fee, you will receive a quote and the invoice for the amount of months you are enroling for. The first 3 months needs to be paid straight away to allow us to complete the document required by your embassy which are the following:

Of course, in case of a Visa-rejection, you will be entitled to a refund minus €70 which we deduct for administration fee.
For a refund you need to send us the refusal letter of the embassy.
If you have been granted a special visa to attend a German course, participation is mandatory. In most cases it is not possible to cancel.

Learning becomes more and more intensive from a point of view of time, but if your intention is to learn and / or deepen your German systematically, we suggest you take advantage of the flexibility of our individual courses.

“Deutsche Sprache, schwere Sprache” no saying is more correct. But with a person you know and the professional support of one of our native teachers, you will learn to question it. Through mutual motivation and an ad hoc course, learning German in one of our Back to back course  will no longer be a problem.

You can also learn in a very effective way and in no time the German language in one of our Total immersion Courses.

Our Weekend-Courses offer the opportunity to finally do something for yourself: alone or with an acquaintance of yours – learn German at the weekend, away from stress and work commitments.

The best conditions in Frankfurt:

all our group courses have a limited number of participants

a) you learn faster and more effectively.

b) The first goal is to be able to communicate

->There is no registration fee

Individual German courses are not only flexible in terms of the amount of hours, but also in relation to the weekly attendance, the time of the lessons and the topics covered. Once you have booked a package with the desired amount of hours, you can decide whether to take lessons of 60 or 90 minutes, whether to take lessons once or more times a week. Obviously the lessons can have a regular rhythm, but also irregular, according to your needs and availability: appointments can therefore be arranged from time to time at front office and in accordance with the teacher’s availability. Holiday breaks, can be organised without giving up and / or missing too many appointments.

Quickly, compactly and yet effectively you will improve your German language skills in our crash course. In a few, but more intensive units, our native-speaking teachers offer a framework that is tailored to your needs, making it possible to achieve effective results in a short time. Whether 5 or 3 weekdays, we will find the right model together with you.

Learn in a comfortable environment and with flexible appointments: you can book 8 or 12 hours, alone or with a person of your choice, at the weekend, without the worries of the week learning and deepening the German language becomes easier and more effective.

German Back to back Courses in Frankfurt

This type of course offers, in addition to all the advantages and flexibility of single courses, the possibility to share this experience with a person of your choice: learning in two helps to motivate each other and can be more fun.

Our back to back courses:

WHAT IS THE BEST WAY TO LEARN GERMAN?

Why learn German? About 200 million people in the world are native German speakers. Most of them live in central Europe: German is the official language or the language spoken in Germany, Austria, Switzerland, in South Tirol (Italy), and also in some communities in Belgium, Liechtenstein and Luxembourg. Basically German, after English, is the second most spoken language in Europe.

With no doubt, the first thing to do is to enrol in a German course!

Our mother tongue teachers will help you immerse yourself in the German language and culture, in a week you will be able to finally greet your class companions, order a coffee and purchase a train ticket … in two weeks you will be able to shop, ask for information on the street and have small conversations in German with your colleagues during breaks. You will also finally overcome your shyness and ask everyone to speak to you in German.

The German language has unique sounds and a grammatical structure, which make it different and unique compared to other European languages: once you start you will no longer want to stop learning German.

German is a language with many rules, so don’t be discouraged if you initially take a while: let German flow and let our teachers help you with pronunciation and grammar rules. Like everything in life, once you have started you are already halfway to achieving your goals. 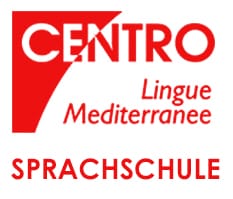